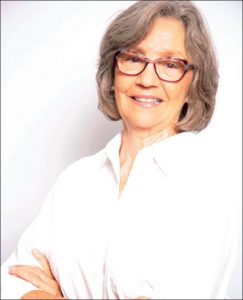 Having served four terms as Supervisor of the Town of Greenwich, Sara is now running for her fifth term. Over the past eight years she has: spearheaded a land purchase on the Hudson River, working collaboratively with Hudson Crossing Park to expand the park into Washington County; is currently pursuing a Master plan for the Greenwich Beach; has worked collaboratively with the National Park Service to secure funds for an archival and archeological study of land within the Town of Greenwich that was part of the Saratoga Siege during the American Revolution; has upgraded the town’s zoning code on signage in the commercial district and managed the installation of commercial solar arrays; and has supported Town of Greenwich organizations that improve the quality of life for all residents–the Youth Center, Comfort Food Community, the Interfaith Council, Summer Youth Program and Food for Kids.

As a county legislator, Sara has been a strong voice for tourism throughout Washington County, locally owned businesses, preservation of farm land, and expanded health and human services for town and county residents. As a democratic candidate for the Greenwich Town Board, Audrey Fischer brings thirty-two years of prior public service as a teacher at Greenwich Central School. Audrey began her career as an elementary special education teacher. She then went on to teach general education grades three, four and five.

During her career in public education, Audrey shared her leadership skills with the New York State United Teachers through her local association serving as a building representative, grievance chair, and delegate to the Representative Assembly. She is the former director of L.I.F.T.S. and served on that board of directors for many years. Currently, Audrey is a Greenwich Library Trustee, as well as Friends of the Library member. She belongs to the Greenwich Lions Club, the Greenwich Democratic Committee, Centenary Methodist Church, Saratoga Stryders Running Club, SUNY Adirondack Chorale, and is a Food for Kids volunteer. Audrey grew up in Argyle, New York and moved to Greenwich in 1984 to begin her teaching career. She is married to Dan Fischer, a retired Greenwich technology teacher. She has three children: Elizabeth, Michael and Emily Amico. Patrick (Pat) Donahue is Chief of the Cossayuna Fire Department, and has been a volunteer fireman for more than 43 years. As Fire Chief, Pat has worked with many community groups-the Red Cross, Comfort Foods, Battenkill Culinary Services, the Greenwich Free Library, among others-to bring services to Cossayuna. He has lent support to community fundraising efforts, initiating the Give Hunger the Boot campaign for Comfort Food, and working with the Marine Corps League and local fire departments for the holiday Toys for Girls and Boys effort. Pat is a member of the Cossayuna Fire Department, Comfort Food Community (board member), American Legion, Washington County Fire Advisory Board and Democratic Committee. He has decades of experience drawing up business plans and budgets, and managing employees, equipment and payroll, notably driving a successful 10-year plan to build the new Cossayuna Fire House and obtaining all the new trucks and equipment at no additional cost to taxpayers.

Pat’s advocacy for public safety and dramatically improved code enforcement has prompted him to run for Town Board. A Marine Corps veteran, he has lived in Greenwich since 1985 and is a body shop manager for H&V Collision in Queensbury. He lives with his wife Lisa in Cossayuna; their daughter Sara just earned her Master’s degree in Forensic Science at the University of New Haven.